Fight Racism! Fight Imperialism! (FRFI) is the newspaper of the Revolutionary Communist Group (RCG). The RCG is a Marxist-Leninist political organisation based in the United Kingdom. Developing in the early 1970s, the RCG grew out of the “Revolutionary Opposition” faction of the International Socialists, (forerunners of the Socialist Workers Party). When the leading figures of the “Revolutionary Opposition”, the name itself only first appearing in print in their appeal document, were expelled from the IS its members met to decide on their course of action, and disagreements between Tearse’s allies and the majority of the faction around David Yaffe rapidly surfaced. The result was that Tearse’s supporters formed the Discussion Group which led a quiet life for a number of years inside the Labour Party before dissolving. Meanwhile Yaffe and his comrades proceeded to found the Revolutionary Communist Group in 1974. ‘What We Stand For‘ is presented below. 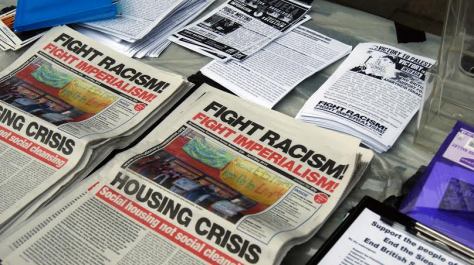 What We Stand For

The crisis of the capitalist system demands a political response. The RCG believes that the way for human society to progress – or even to survive – is for capitalism to be destroyed. The British ruling class will never allow the system which maintains its domination to be wished or voted away – it will take a revolution led by the working class. The only alternative to capitalism is socialism: a conscious and organised process of constructing society in which people cooperate in order to meet their needs rather than serve the dictates of private profits; a society enabling the full development of every individual rather than privilege for a few.

Britain is the oldest imperialist country in the world. It was the first to develop into monopoly capitalism – imperialism, and is still a major imperialist power, second only to the United States. Britain’s imperialist character has been decisive in determining British economic, social and political developments. The banking system and multinational corporations based in the City of London represent a parasitic and decaying capitalism. At the end of 2012 British international investments, including financial derivatives, amounted to around £10bn, more than 6.6 times Britain’s GDP. Whilst British banks and multinational corporations exploit the majority of humanity in oppressed countries, within Britain millions live in poverty, with many – women and oppressed black and immigrant people in particular – trapped in low wage, part-time jobs, or increasingly forced out of work altogether. Meanwhile, money-grabbers in private industries and banks continue to amass super profits and pay their directors inflated salaries, and the directors of our public services are richly rewarded for running them down.

The RCG supports the struggles of the whole working class to defend jobs, wages and living conditions.

As an imperialist country, Britain depends on the super-exploitation of the labour and resources of oppressed nations. For this reason it fears the success of movements for self-determination. Britain’s economic position and political credibility in the world would be severely undermined if it could not maintain its domination. The resistance movements in the oppressed nations are weakening imperialism; an anti-imperialist movement in this country in unity with these struggles can deal a decisive blow against British imperialism and the British ruling class. For this reason the RCG has always given complete and unconditional support to liberation movements fighting imperialism and we support their right to carry out their struggles by any means necessary. Today, British imperialism is engaged in a bloody occupation of Iraq and Afghanistan. It has been instrumental in the creation and continued expansion of the state of Israel, which acts as an attack dog of imperialism against any forces which threaten imperialism’s interests in the Middle East. Britain continues to occupy the North of Ireland, in its oldest colony.

The RCG supports the struggles of the people of Iraq and Afghanistan for self-determination, respects their right to determine their own means of struggle and calls for the immediate withdrawal of British and all imperialist troops. The RCG supports the Palestinian resistance, and calls for an end to all British backing for Israel and for the isolation of the Zionist state. The RCG opposes the continuing occupation of Ireland under the guise of the Good Friday Agreement or any future arrangement.

Britain derives monopoly profits from the super-exploitation of oppressed nations and these have made it possible to split the working class by creating a privileged section of workers within the country. These workers, a labour aristocracy, constitute the social basis of opportunism. The upper stratum of the working class now dominates the British labour movement and ties it to imperialism – the economic foundation of its status and privileges. The labour aristocracy expresses itself politically through the Labour Party and it controls the trade union movement. The RCG has always regarded the Labour Party as a racist, imperialist party. Alone of the main publications of the British left, our newspaper Fight Racism! Fight Imperialism! called on workers not to vote Labour in the 1979 elections and has consistently argued against supporting the Labour Party over 30 years. In 1979 we called on people to ‘Vote H’ in support of the H-Block republican prisoners protesting for political status in occupied Ireland. Well before the 1997 election the RCG pointed out the reactionary nature of a future Labour government. More than ten years of openly racist, imperialist and warmongering Labour government has demonstrated that no anti-imperialist or socialist movement can be built unless the British left makes a fundamental and irrevocable break with the British Labour Party. The RCG believes that the rebuilding of a revolutionary movement for socialism in Britain will require the formation of a new, independent leadership which will have at its core the interests of the poorest sections of the working class in Britain, including part-time and temporary workers, refugees and other migrants, the unemployed, and all those sections of the working class that make up its majority but whose interests are ignored by the trade unions and the majority of the British left.

The RCG calls for a complete break with the Labour Party, and fights all attempts to tie emerging movements behind the leadership and control of the Labour Party and the interests of the narrow and privileged section of the working class which it represents.

Racism is the form which national oppression takes within an imperialist country like Britain. Imperialist nations brutally exploit and impoverish oppressed nations, justifying their plunder and wars on the basis that people in these countries are inferior, primitive or have brought their oppression on themselves. They then use immigration laws to keep out people fleeing from the resulting war and poverty. The British working class is encouraged to see immigrants as the cause of its problems rather than capitalism. State racism and divide-and-rule government tactics create a fertile recruiting ground for overtly racist parties like the British National Party.

The RCG fights against racism and fascism in all its forms. We support the right of black people to defend themselves against racist attack. We oppose all immigration controls and actively organise against deportations and immigration prisons.

The RCG fights against prejudice and bigotry, which are used by the ruling class to divide and weaken the working class. The dual exploitation of women through domestic and wage slavery is central to capitalism. Women are forced into low-paid, casualised jobs, forming a reserve army of labour at the same time as they perform domestic work. Since capitalism values people for the exploitation of their labour power, people with different needs or disabilities are undervalued.

We oppose all discrimination against anyone on grounds of gender, ethnicity, sexual orientation or disability.

Opposition to the British state has been criminalised by the introduction of a web of legislation, including Public Order Acts, counter-terrorism laws, the Anti-Social Behaviour Act and anti-trade-union laws.

The RCG fights to defend democratic rights and to abolish all legal restrictions on the right to organise and protest.

The capitalist system has no concern for either human beings or the environment. The failure of environmental regulation demonstrates the impossibility of sustainable development under an inherently chaotic and profit-driven system. Under imperialism a safe and sustainable environment is treated as a commodity to be sold to the highest bidder, whilst the poor in oppressed nations are forced to live with the consequences of a system which takes everything from them and gives them back polluted seas and rivers, lethal waste dumps, droughts, floods and other environmental catastrophes. The struggle to defend the environment must therefore be a struggle against capitalism and imperialism. Only a socialist planned economy can create the opportunity for a sustainable relationship to our environment on a mass scale.

The RCG supports the struggle to defend the environment and develop a sustainable way of life through collective organisation and planning.

Today Cuba carries the banner of socialism as the leading example of what is possible when the working class and oppressed take power to transform society. Cuba has demonstrated the security of health care, education, food, housing and other fundamental human needs that socialism can bring to people, even in a country under siege. Cuba has extended the democratic participation of the entire population in the running of society. Cuba has long been a beacon of international solidarity and played a vital role in the defeat of apartheid in South Africa. Now Cuba is playing a leading role across Latin America through its relationships of mutual solidarity with revolutionary democratic movements in countries such as Venezuela and Bolivia and the initiatives carried out under the banner of ALBA – the Bolivarian Alternative for the Americas.

We fight actively in defence of the Cuban revolution and against the illegal US blockade, and support the Bolivarian movement for anti-imperialist unity between Latin American countries.

The RCG exists in order to defend and develop an anti-imperialist trend within Britain, based on the long term interests of the entire working class and oppressed internationally. We stand for the creation of a society organised both to meet the needs of the entire population, and to ensure the fullest possible development of every individual. A crisis of imperialism on the present scale is going to transform the political landscape. The British ruling class will be increasingly unable to buy off so great a section of the working class, and around the world movements of resistance and revolution are on the march. This is the period when social and economic developments are creating the conditions for building a new socialist movement in Britain. We are committed to building a movement on the streets, educating ourselves and organising to this end. All of us have a role to play and a responsibility to act. We must seize the time. Join us! 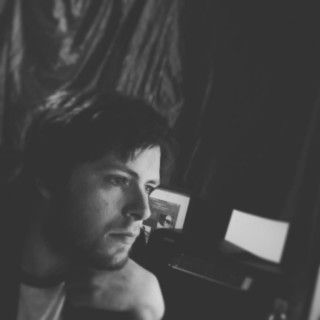